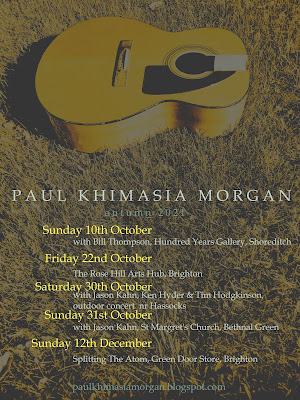 Posted by Paul Khimasia Morgan at 04:02 No comments: 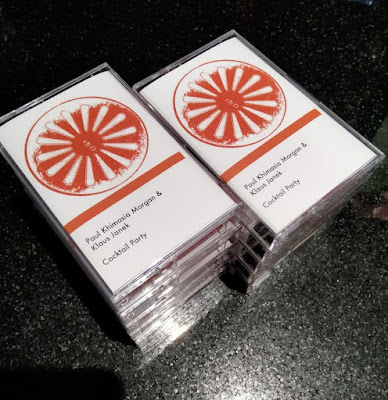 https://linearobsessional.bandcamp.com/album/cocktail-party
Posted by Paul Khimasia Morgan at 11:57 No comments: 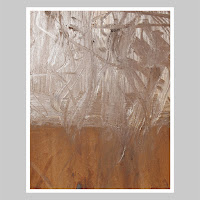 Various - The Waters of Centaurus on Hundred Years Gallery 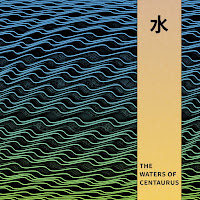 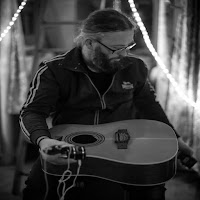 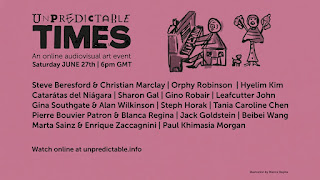 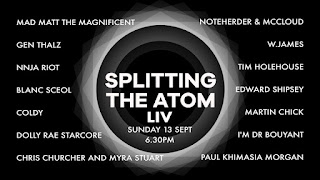 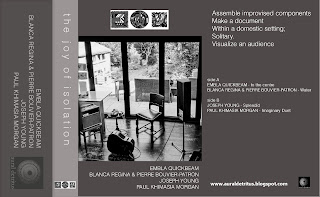 Posted by Paul Khimasia Morgan at 10:47 No comments: 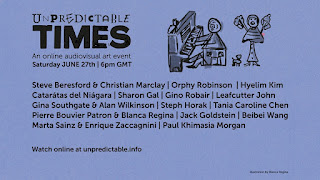 During lockdown, I was very excited to be asked to contribute to "Unpredictable Times", a live "broadcast" online arts event curated by Blanca Regina and Steve Beresford.  I provided a short film, Guitar Body; which is a solo performance shot by Bill Thompson at one of his Mercury Over Maps events at the Hundred Years Gallery in Shoreditch last year.


Posted by Paul Khimasia Morgan at 08:33 No comments: 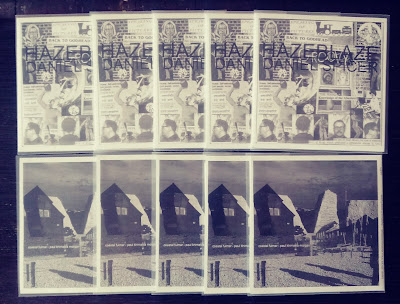 Amazing to get a piece of music released on vinyl!  My electronic tone poem Coastal Fulmar is one one side of this lathe-cut 7" put out by TSOKL.  Daniel Spicer and Ron Caines provide their track Hazeblaze on the flip.  Coastal Fulmar is a studio composition based on several live passes on my set-up of the acoustic guitar body and electronic devices.  These are augmented by processing techniques including vari-speed and tape delay.  I love the 7" format; being constrained to a five minute time duration I find oddly liberating!  Being a lathe-cut, it ain't cheap but both sides have been professionally mastered by Julian Tardo at Church Road Recording Co. and the cut itself was done by Phil at 345RPM, both Brighton companies.  Pro b/w sleeves and inners printed by those nice chaps at Brighton Print Centre.  Super-limited run of 20 units.  Very favourably reviewed by Byron Coley in his Size Matters column in The Wire Magazinbe issue 429.

To purchase a copy, please PayPal £15 (including UK shipping) to slightlyoffkilter@hotmail.co.uk 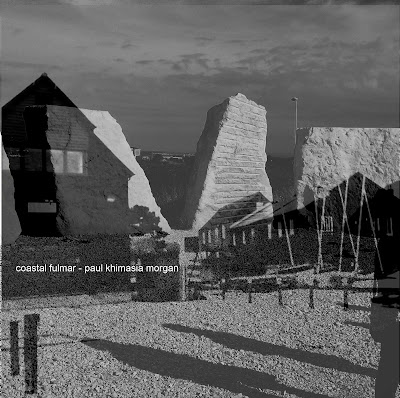 Posted by Paul Khimasia Morgan at 08:26 No comments: 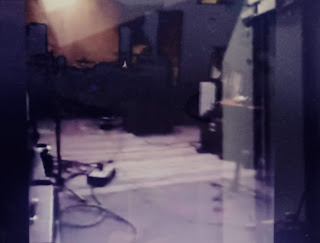 I feel very privileged to be involved in a quartet recording at the end of November with Daniel Spicer, Peter Marsh and Paul May.  Marsh and May were in Brighton for a concert at Safehouse of their group Fourth Page, and having arrived early in the day were able to convene with Daniel and myself at Campbell Road Studios.  Three separate performances were recorded featuring Daniel on cornet and piano, Peter on bass and electronics, Paul on drums and percussion and myself using the guitar body and electronic devices.  The results I feel are excellent, ranging from free jazz to pure improvisation and sonic experimentalism.  There's even a bit of a hoedown briefly!  Great fun!  I am now in the process of editing and mastering the recordings for potential release next year...
Posted by Paul Khimasia Morgan at 02:10 No comments: 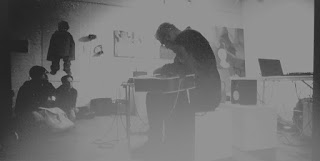 I had a great time at Hundred Years Gallery in Hoxton for Bill Thompson's Mercury Over Maps 10 event in June.  Thanks for the invite, Bill!  Graham MacKeachan runs a beautiful and very friendly gallery and cafe; this was my first visit, but it won't be my last.
Fantastic performances of improvisation from Bill and video-maker Gregory White, and a superb trio of  John Macedo, Brigitte Hart and Matt Atkins. I enjoyed performing with the guitar body and electronics set-up here; the gallery was nicely resonant; bright, which I think helps with the equipment I use. And the audience were very attentive and appreciative.
I had not been to Hoxton since being involved with film projects at The Lux when it was at Hoxton Square in the late 90s. My route from home in Sussex to East London was via leafy Forest Hill where I caught the Overground train; making me recall the concert Daniel Spicer and I participated in at V22's HQ there last summer, and the brief period I lived in the area many years ago... 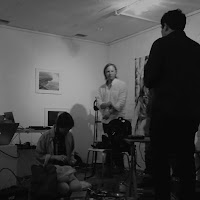 Posted by Paul Khimasia Morgan at 07:07 No comments:

Paul Khimasia Morgan
Proprietor of The Slightly Off Kilter Label and Aural Detritus Recordings; imprints releasing new improvised music. Curator of improvised music and sound art-related events in Brighton, UK under the banner aural detritus concert series. As a musician, he has releases on Confront, Absence of Wax, Con-V, engraved glass, Cronica and The Slightly Off Kilter Label. He edited all six issues of "Honest Music For Dishonest Times" zine and reviews new releases for The Sound Projector.